In 2016, EDC launched ELA in collaboration with Honduras’ Ministry of Education, with the pilot program being implemented in 14 of the 18 departments in the country, involving approximately 21,000 students. Due to requirements set by the Ministry of Education, students were evaluated after having received 2-3 months of programs (approximately 30%). Despite this extremely short period, ELA experimental school students demonstrated statistically significant learning gains in reading, writing, use of language and listening comprehension over their control school counterparts. In oral competency testing, the experimental group achieved a gain of 1.35 points in its overall performance of oral competency while the control group obtained a gain of 0.53 points. This indicates a gain by the experimental group 2.5 times greater than the control group.

During the 2018 school year, the Rotary Club funded the implementation of ELA in schools in Roatan, Honduras. Students participating in ELA scored twice as high on their speaking tests and scored significantly higher on their listening-comprehension and written tests than their counterparts not participating in ELA after only following an average of half of the programs.

ELA in the Dominican Republic

The Ministry of Education of the Dominican Republic, with support from the Inter-American Development Bank, launched ELA in schools throughout the country in 2014 reaching a total of 274 teachers in 185 schools. The results from teachers and students alike were very positive. At the end of the program, treatment schools within the sample had a 7% higher learning gain on average than their control school peers on EDC’s evaluation. The treatment group also had higher scores on the oral part of the test, with an effect of 1.65 standard deviations. 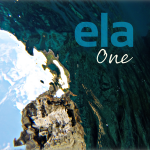 Click on the album cover to find ELA One on your favorite streaming or downloading service!

Get in touch here:

Listen to a Sample Lesson: 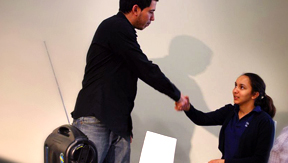 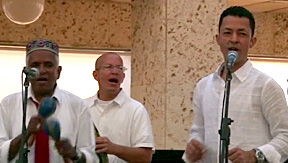